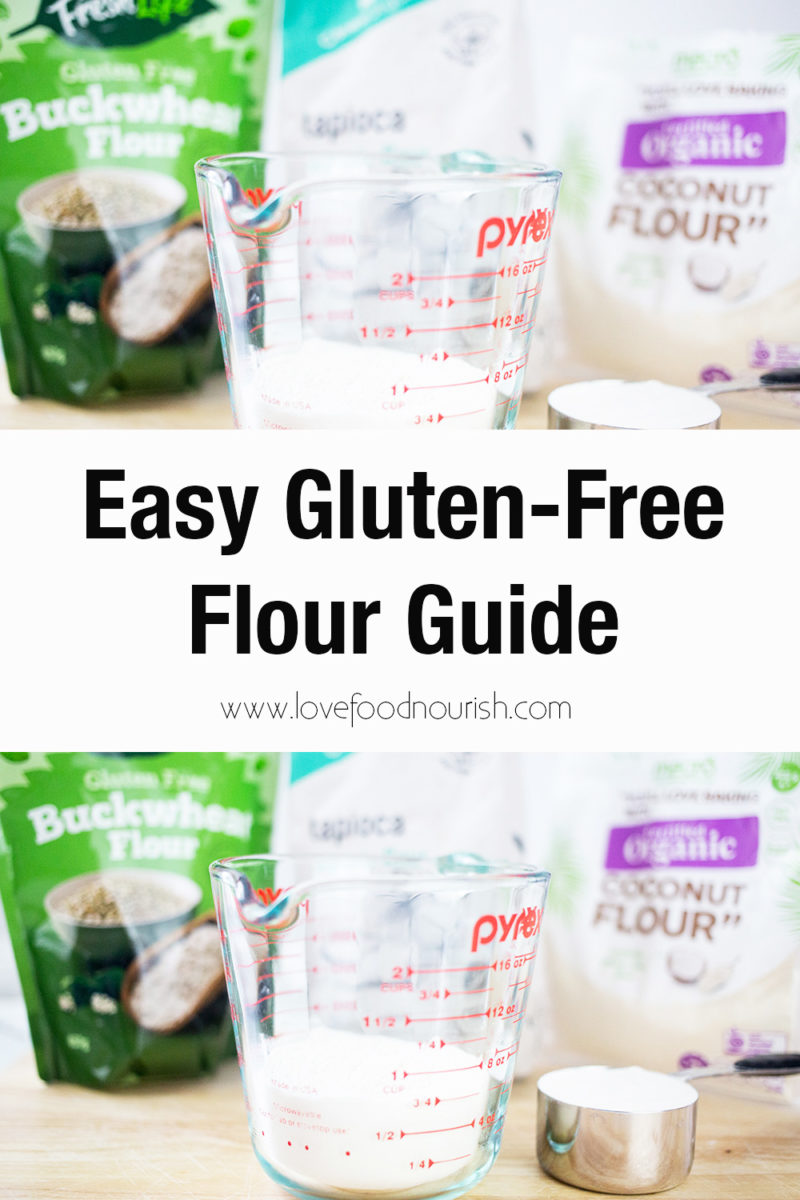 Both almond flour and almond meal are from finely ground almonds, not milled flour.

One cup of almond flour contains around 90 almonds and has a sweet, nutty flavor. It’s commonly used in baked goods where it can typically be substituted in a 1:1 ratio in place of regular or wheat flour.

As a general rule, 1 extra egg should be used when baking with almond flour, and generally, the batter will be thicker and your end product flatter and denser than if you were to use regular flour.

Almond flour can be used for cookies, cakes, cupcakes, or in place of breadcrumbs.

Almond flour is ground more finely than almond meal. It is typically made from blanched almonds which have had the skins removed.

Almond flour and almond meal are higher in protein and fat content than regular wheat flour and lower in carbohydrates. It is also a source of minerals including iron, calcium, magnesium, potassium, copper, and manganese(source).

Amaranth is a group of 60 or more grains that have been cultivated for 8000 years. Like Buckwheat it is considered a pseudocereal and was a staple food in the Inca, Maya, and Aztec civilizations.

Amaranth has an earthy, nutty flavor and tends to take on the flavor of other ingredients, making it very versatile. Again, like many alternative flours, it should be combined with other flours when baking. This type of flour is best suited to making tortillas, pie crusts, and bread.

Amaranth flour is rich in fibre, protein and calcium, potassium, and iron (source).

Contrary to how it sounds, Buckwheat is not a wheat grain and is gluten-free.

Buckwheat belongs to the family of pseudocereals, a group of grains that don’t belong to the grass family, (of which wheat is a member).

Due to its lack of gluten, it tends to be crumbly in nature. Buckwheat flour works well when combined with other gluten-free flours or starches, such as brown rice flour, or tapioca starch.

Buckwheat flour contains a variety of b vitamins, minerals and, fibre (source).

Brown rice flour is considered a whole-grain flour that, as the name suggests, is made from ground brown rice.

It is generally pale light brown in colour and has a light nutty flavor.

Suitable for a range of home baking, it can be used to replace all-purpose or plain wheat flour in many everyday recipes.

Brown rice flour is great for pasta and noodles, pizza bases, and pie-crust pastry. It can also be used to thicken sauces or prepare breaded foods, such as fish and chicken. Again it can be combined with other gluten-free flours for bread, cookie, and cake recipes.

Brown rice flour is a source of protein and fibre, folate and vitamin B3, and minerals including calcium, magnesium, phosphorus, potassium, and zinc (source).

Cassava is a starchy root vegetable, or tuber, native to South America. It’s also sometimes known as yuca and has been a staple food for millions around the world for centuries.

Many people consider it to be the most similar gluten-free alternative to wheat flour in terms of taste and texture and it can easily be used in recipes as a replacement for all-purpose flour.

It has a neutral flavour and is easily digestible. It’s also lower in calories than coconut or almond flours.

Naturally gluten-free and protein-packed, chickpeas are part of the legume family. Chickpea flour is made from finely milled, dried chickpeas and is also known as garbanzo flour, gram flour, and besan.

Chickpea flour can be used for everything from baking to frying and is commonly used to make falafel, hummus, and the flatbread socca.

It is naturally dense, with a stickier texture than all-purpose flour when added to liquids, which makes it an excellent binder for other ingredients.

Despite its dense texture, chickpea flour can make a very light batter when fried, making it useful for things such as tempura.

It’s a good source of fiber and plant-based protein. Chickpea flour is also high in the minerals magnesium and potassium (source).

Coconut flour is made from the dried meat of the coconut, which contrary to its name is not actually a nut, making it suitable for those with nut allergies. It has a light, sweet coconut aroma, and taste that does not overpower other flavours.

Its light texture yields similar results to regular flour and is good for baking breads and desserts.

Coconut flour becomes dense and soaks up a lot of moisture when it bakes, compared to regular four or other gluten-free flours. To compensate for the moisture imbalance, try adding 2 tablespoons extra liquid for every 2 tablespoons coconut flour.

A little coconut flour goes a long way so it is common to see recipes using anything from ⅓rd-½ cup of flour. It does not always need to be mixed with other flours like many gluten-free flours do.

Coconut flour can be contaminated in the processing phase, so if you do have any allergies be sure to look at where your flour was produced and read the label carefully.

Corn flour is a type of flour that's milled from dried whole corn kernels. It contains the hull, germ, and endosperm of corn and is considered a whole-grain flour. It is essentially a very finely ground version of cornmeal.

Cornflour is perhaps best known as a thickener for liquids but it is also an extremely versatile ingredient.

Cooking it unlocks its earthy, sweet flavor and it can be incorporated into recipes for breads, muffins, waffles, pancakes, and more. As with most gluten-free flours, the best results come from combining with other flours.

Corn is from a different branch of the grass family than gluten-containing wheat, rye, and barley.

When you are buying cornflour ensure it is labeled gluten-free. Cross-contamination is typically more likely in processed foods made with corn flour.

Sorghum flour is made from an ancient, water-efficient cereal grain that is native to Northeastern Africa and has been grown for more than 5,000 years.

It has a light color and texture, as well as a mild, sweet flavor. Sorghum flour is nutrient-rich, 1 cup of flour contains 10gm of protein, 8gm of fibre, and a variety of b vitamins (source). It is often used in plant-based diets for baking due to its protein and fibre content.

It can be used in pancakes, flatbreads, or used for muffins, cakes, and bread. Considered a heavy or dense flour, it’s often mixed with other gluten-free flours or used in recipes requiring small amounts of flour.

Tapioca flour is made from the starchy liquid extracted from the South American cassava root.

I really like to use it mixed in with some of the heavier gluten-free flours such as buckwheat flour which is nutritious but can be quite dense when used on its own.

If you are confused about wheat allergies, Celiac disease, gluten intolerance (Non-celiac-gluten-sensitivity), or other food intolerances in general you might like to check out this post.

This site uses Akismet to reduce spam. Learn how your comment data is processed.